There might be a better way to accelerate your sales campaign 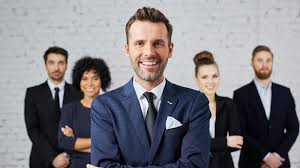 Instead of attempting to access senior executives totally on your own, have you considered reaching out to executives who have long-term relationships with your target prospect?

For example, there may be a very large account in your territory that you are having a difficult time gaining an audience with. Using your network of contacts in conjunction with social media tools, attempt to locate executives who are no longer with your prospect account. These executives may have moved on to other companies, or perhaps they are now retired.

If you identify a former executive, he or she may be willing to share the “inner workings” of the company as it relates to the decision-making process. This could save you a significant amount of time, compared to navigating the process on your own. Perhaps the executive might even be willing to help you gain access to a key individual within the account. This, of course, would be totally based on the manner in which you approach this individual as well as the value he or she perceives you bring to the table. It stands to reason that if you really don’t have a product that adds value and your approach is less than professional, then the chances of a favorable result would be slim to none.

On the other hand, if you are fortunate enough to locate an executive who recently retired from your target account, I would take the necessary time to think through how it would benefit both of you to work together on the sales campaign. Step one would be to lay out how your product would offer significant value to his former company. Step two would be to ask him to arrange a meeting with the executive he has a long-term relationship with. Ideally he would join you on this initial sales call. And if he has a strong relationship with and the respect of a high-level executive at his former company, this level of introduction would certainly accelerate your sales campaign. In a perfect world, he would stay engaged with you in addition to coaching you through the sales process, hopefully seeing it to fruition!

If you have gotten this far in my article, you are probably asking yourself a simple question.

Why would a retired executive want to get involved in helping a sales exec gain access to his former company?

I believe there are potentially three reasons:

It is likely that an executive you are working with at one company would also have relationships with other executives in your territory. So in theory, he should be able to help you gain access to other accounts on your prospect list. Therefore, compensating him on a sales consultant basis might be the way to go.

At the end of the day, business relationships are key to long-term success. Take the necessary time to seek them out. Be an “out of the box” thinker.

Remember, you are not asking for a signed contract, only an opportunity to share the good news of your value proposition!

Be humble, not prideful

The stuck-up fall flat on their faces,

but the down-to-earth people stand firm