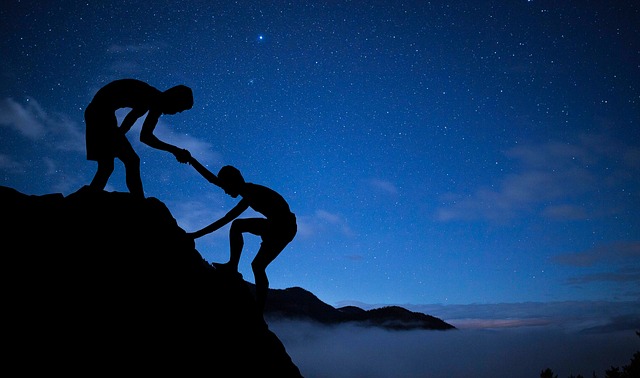 Corporate sales training and sales management typically are the components that B2B sales executives rely on for quota achievement.

Sales management involves assisting the rep on sales calls, proposal generation, strategy and pricing, as well as managing the pipeline and forecast. This leaves a huge void, in my opinion, in terms of how to become a true professional sales executive.

Good sales managers might be able to fill this void if they have the bandwidth in their busy schedules. But in most cases, it is difficult for a manager to wear two hats and be effective at both roles. What a junior sales rep really needs is a sales coach or sales mentor.

When I was 24 years old, I was very fortunate to have the opportunity to work for Telex Computer Products. Telex manufactured IBM 3270-compatible display terminals that attached directly to IBM mainframe computers. The sales team was very seasoned and experienced and had either worked for IBM or a competitor of IBM. In fact, most of the sales execs were in their late 30s and 40s. I was by far the youngest and least experienced on the team. I got this remarkable opportunity due to the combination of two factors: I was very persistent, and Frank, the regional sales manager, wanted to fire the current rep he had in New York.

So in July 1978, I drove to Cherry Hill, New Jersey, to sign my paperwork and begin my career with Telex. Frank took me to lunch, gave me a list of IBM mainframe accounts in my territory, and essentially wished me well. His philosophy was to hire talented sales execs, assign a territory, and hold them accountable for producing outstanding results. If they didn’t produce, he removed them from the company. Telex did have one week of product training in Tulsa that I took advantage of, but that was the extent of the sales training.

Now it was on me to produce!

I was given New York City and all of Long Island as a sales territory. It was a daunting task with a lot of potential for a rep two years out of college with limited sales experience. I had a lot of energy and drive, but very little seasoning.

The good news at the time was that IBM had long backlogs for delivery. Customers didn’t want to wait, so the Telex alternative was an attractive option. Not only could we deliver, but our pricing was more competitive. So I made lots of sales calls, installed many demos, and opened numerous new accounts. What I lacked was true account management skills. The experienced reps made Telex the primary vendor within their client base. They did this by building long-term relationships based on trust and respect.

I, on the other hand, simply filled a void that IBM could not fill at the time. Once I received my first order, I made the incorrect assumption that my work was done. I assumed the fax machine would start lighting up with new orders. For example, I may have had 200 units installed in 10 accounts, but the senior sales execs had 300 units installed in four accounts. They were true account managers.

These skills were developed over years in the field. They typically are not learned in sales school. I was a “junior” rep with a ton of energy trying to become one of these guys! With the wealth of talented and experienced sales execs in the company, I had to figure out a way to gain some of this knowledge and wisdom in sort of an indirect approach.

I did this in three ways:

Essentially, I was trying to “walk in the shoes” of the successful sales execs by deploying these three techniques. I wanted to soak up as much of this knowledge and wisdom as I could without disrupting their business day. I had several mentors. Some helped me with technical knowledge. Others were masters at building long-term relationships, and some were experts at opening new accounts. By gleaning knowledge and wisdom from these seasoned sales execs, I accelerated my sales experience significantly and avoided the pitfalls that young sales folks fall into.

Later in my career, I made it a point to give back and be a mentor to the younger sales reps who were brought into the companies I worked for. Seeing young sales folks learn from the mistakes – as well as the victories – that I made in my long career in professional sales was very rewarding.

You are NEVER too old or experienced to learn from others. I would encourage everyone to have a mentor as well as be a mentor!

Surround yourself with successful people of integrity

Become wise by walking with the wise;

Hang out with fools and watch your life fall to pieces

I think the proverb speaks for itself!