Why would anyone want to be a career sales person? 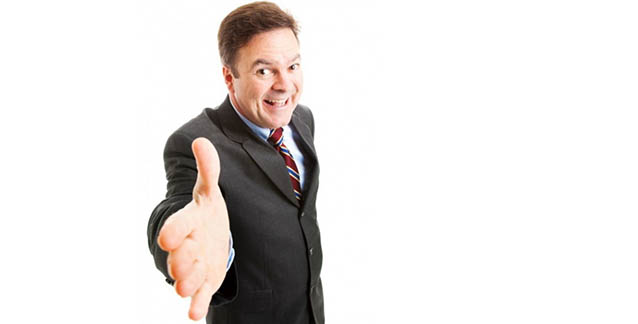 When people are asked what they want to do when they graduate from college, how many would say they want to spend the rest of their career in sales? Or maybe we look to younger folks in elementary school and ask the same question. How many would say sales is their career of choice? Certainly, if you just received an MBA, a career in sales might be a job of last resort — possibly a way to gain entry into a company, but not something you would consider doing for 25 or 30 years. Why is sales typically considered entry level? Why don’t more folks intentionally make decisions to pursue careers in sales? And why don’t people who are successful in sales stay in sales long term?

I spent almost 30 years in sales. In fact, all but two were in direct sales. Yes, I was on quota for nearly three decades. Many folks might think I was either crazy or had little ambition to move up in corporate America. Salespeople are at the bottom of most organizational charts. The CEO, of course, is at the top. If you’re in middle management, pursuing a career in sales would be a move in the wrong direction, at least in terms of the org chart. But based on commissions and bonuses, many people in sales can earn far more than employees at even the highest levels in many companies.

Still, salespeople are typically not considered executive-level employees. They are simply sales reps. We give them all kinds of interesting titles designed to pump them up and maybe give prospects the feeling that they’re being called on by a high-level person. I went back and looked at as many old business cards as I could find, just to see my titles. Remember, I was simply a sales rep with no management responsibility. Here is a sample of my titles:

The bottom line is that your company — or you — can call it anything you want, but the fact of the matter is you are a sales rep. One of the reasons I write these articles is to share the simple fact that this is OK. Whether you’re a sales rep for a short amount of time or for a career, it is a tremendous learning experience that should be valued and not taken lightly. In what other profession do you have the opportunity to meet, negotiate with, and socialize with executives who are, in most cases, many years your senior? In what profession do you have the opportunity to earn more than the executives you are calling on? In what profession do you have the opportunity to influence the direction of the products or services you represent without being an insider or at the executive level? Most importantly, sales execs are primarily responsible for top-line revenue growth. It is for these reasons that professional salespeople should be regarded as the most important ingredients in a company’s org chart. At least that’s my opinion — but I am somewhat biased.

I’ll never forget a comment one of my professors at St. John’s University in New York made in the fall of 1972. It was my freshman year, and I was trying to determine what my major would be within the business school. As I recall, the choices were:

The professor said something like, “You could have the best mousetrap on the planet, but if no one knows about it, it will never sell!”

Think about that for a moment. We’ve all bought products because of outstanding marketing and sales campaigns. After purchasing the products, they’ve disappointed us or flat-out didn’t work as advertised. On the other hand, some products are well-kept secrets. Because of a lack of marketing or sales activities, they never make it and die slow deaths.

In any event, the professor’s statement stuck in my head, and I decided to major in marketing. As a freshman at St. John’s, I honestly felt that getting a degree in marketing would most likely prepare me for a long career in the marketing department of a major corporation. Maybe I would help design a campaign for Procter & Gamble or General Motors. Perhaps I would start as a junior executive and work my way up the ladder to VP of worldwide marketing. In all honesty, this was how I thought back in 1972.

So after graduation in 1976, I began looking for my first job in the field of marketing. It didn’t take long to figure out that there weren’t any! The next best thing to pursue was an entry-level position as a sales rep. After all, once I proved myself in sales, I would be able to move up to marketing. That was the message I was getting during interviews, at least.

The company I really wanted to work for was IBM. It was viewed in the marketplace as having the best development programs for young executives and certainly was a well-respected company with many benefits. I would start in sales, and then other opportunities would open up. There was, however, one small problem: They didn’t view Scott Dunkel as IBM material. You see, they had very high standards, and apparently I didn’t meet them. Ultimately, I interviewed with the Burroughs Corporation, a competitor of IBM, and began my career in sales in the spring of 1976. I’m a firm believer that things happen for a reason, and not working for IBM turned out to be in my best interest in the long run. My entire career was based on selling against IBM with companies like Telex, Memorex Telex, and EMC. So, like an undrafted free agent who’s looking for a shot at playing in the NFL, many times you work harder because of the chip on your shoulder. You want to prove the naysayers wrong and excel at your craft.

Remember, nothing happens until something gets sold. Corporate America depends on professional sales execs to generate revenue and profits, and keep everyone else gainfully employed. It is the most important ingredient to a company’s success. And just as important, a successful sales exec will never have a problem finding employment. They will always be in demand.

That is my story, and I’m sticking to it!

A farmer too lazy to plant in the spring

has nothing to harvest in the fall.