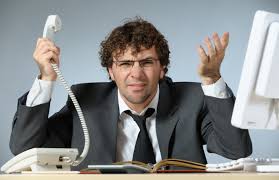 Never underestimate the power of self-preservation. What do I mean by this? In business, decisions are not always made for the good of the organization. You might have a phenomenal product that adds significant value to your prospect, but if it jeopardizes the job security of a person in the decision-making process, your chances of a successful sale are very small. Self-preservation almost always trumps sound business logic.

Or perhaps there is more of a political reason that an inferior product is purchased instead of yours. Maybe the son-in-law of the decision-maker is the sales rep for your competitor. Or maybe your competitor plays golf every Saturday with the executive you are selling to.

As a young and aggressive sales rep with Telex in the late ’70s, I encountered a situation that taught me a valuable lesson on this topic. I was calling on Con Edison, the gas and electric utility in New York City. I worked hard to install an evaluation 3270 display and printer on the company’s mainframe computer system. These units were to be evaluated by the technical team. The leader of the technical team was a fellow named Frank. I spent a lot of time with Frank to ensure that he understood all the technical benefits of our products. At the end of the evaluation, he confided in me that the Telex offerings worked great, were less expensive, and offered some features that were not available from IBM at the time.

He then proceeded to tell me that the senior vice president who ultimately makes the final decision will buy nothing other than IBM products. As a young sales rep, this made no sense to me. So I proceeded to write a letter to this executive describing the success of the evaluation and essentially telling him that based on what Frank told me, he was wedded to IBM regardless of the quality or price of a viable alternative. A week later, his secretary called me to set up a meeting. I invited my sales manager to join me for this important meeting. When we arrived, his secretary escorted us to a small waiting area outside his office, where we waited for a least 15 minutes. The door finally opened and we went into his office, which was, by no exaggeration, 30 feet long and about 15 feet wide. His huge mahogany desk was at the far end of the office, and was situated on a platform that placed him above us as we sat down for the meeting. To my surprise, Frank was invited to the meeting. There were at least three or four levels of management between Frank and the senior vice president. And as you can imagine, Frank was not exactly happy to be in the room with us.

The meeting was one-sided. In other words, the executive did all the talking. And it didn’t last very long. He essentially told us that they do purchase computer equipment from companies other than IBM. And he was very insulted that I had called him out on this topic. In fact, it was clear that he was not happy about my letter and the fact that he felt compelled to call this meeting. But the non-IBM purchases he described were small and inconsequential. Frank was correct. All mainframe purchases were IBM, but the executive would not admit it. And he didn’t need to admit it, because he was the final decision-maker and could buy whatever he wanted.

I wish I could say I turned Con Edison into a happy Telex customer, but that is not the case. My manager and I left the meeting knowing he was full of crap, but that didn’t change the fact that we had no chance of doing business with him.

So what lesson did I learn?

• Try not to burn bridges at any level within an organization

• The political landscape may be impossible to overcome

About 35 years later, I experienced another example of this truth. Several months after my book was published, I was encouraged to send a copy to the company that was hired by EMC to provide sales training. The book included interviews with C-level executives outlining the attributes of sales execs they prefer doing business with. I also interviewed numerous career sales executives to get their input on what it takes to be successful long term in professional sales. I used real-life examples from my career as well as actual stories from other executives and sales folks to drive home concepts that are critical to sales success. My objective was to touch on topics that were not typically written about in traditional sales publications. The goal was to simplify the sales process, not complicate it. In theory, my book should be a valuable resource for newly hired sales reps.

Below is the response from the person in charge of sales training:

Scott – I did take some time to review your book. I have a great deal of respect for anyone that writes and publishes a book, and your content is interesting. However Scott, I really didn’t see anything in here that was unique and different than the many sales books on the market. I certainly can identify with each of your chapters and understand the importance. But there is not the intrigue to provocative thinking on items that we already [use to] train and develop our sales force within EMC’s education services. I think for basic understanding of sales methodology … I would recommend the book. For the sophistication of EMC enterprise selling … I’m not sure that it would resonate.

If you read between the lines, it’s not difficult to see what is going on here. He is not interested in introducing a competitor. Particularly one that had a successful 15-year career. And the idea that I don’t understand the sophistication of a technical sale is LOL material. He is obviously thinking in terms of protecting his revenue stream at EMC. He is not thinking about how the book might benefit EMC sales execs. Again, self-preservation typically trumps logical decisions.

The moral of both stories is to pay close attention to the political landscape. If it appears to be insurmountable, move on to another prospect. However, if the account offers large potential, assess the amount of time it will take to overcome it, and proceed with caution.

But always be mindful of the political landscape to avoid wasting valuable selling time!

Be humble, not prideful

The stuck-up fall flat on their faces,

But the down-to-earth people stand firm